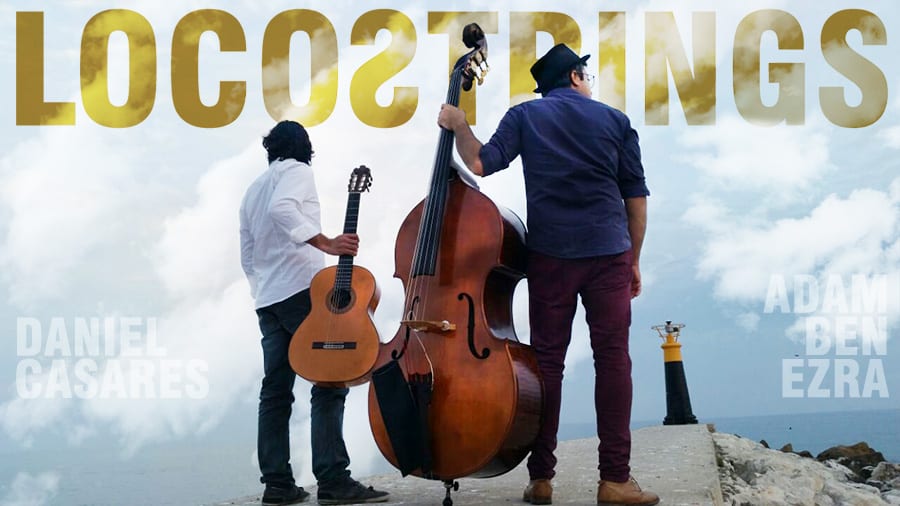 Spanish guitarist Daniel Casares and Israeli double bassist Adam Ben Ezra have come together in a musical project, created from the virtuosity and musicality of two different shores of the Mediterranean.
A selection of the best known songs of both and others written especially for this project, we e get into an hour and a quarter of music and entertainment, watching both play live, can not be catalogued otherwise.

Daniel and Adam’s creativity and a taste for improvisation make an special concert, unique and unrepeatable. A music that brings an aura of passion that astonishes the first listener and transcends borders.

Critics from all over the world agree in highlighting his balanced mix of technique and feeling, which lead the audience to go mad with his speech.

Originally from Tel Aviv, Adam Ben Ezra has accumulated over 10 million hits on YouTube and is regularly invited to perform concerts. His particular taste for music fusion legends as Richard Bona, Mike Stern and Victor Wooten.

Determined to carry his instrument from the background note to the dominant notes, Adam Ben Ezra is making a unique place for himself in today’s musical landscape. His creative force can transform a room full of strangers into lifelong fans in a moment.

To date his YouTube videos have recorded millions of hits and thousands of subscribers, with strong tracking of his concerts around the world, on all platforms and social networks.