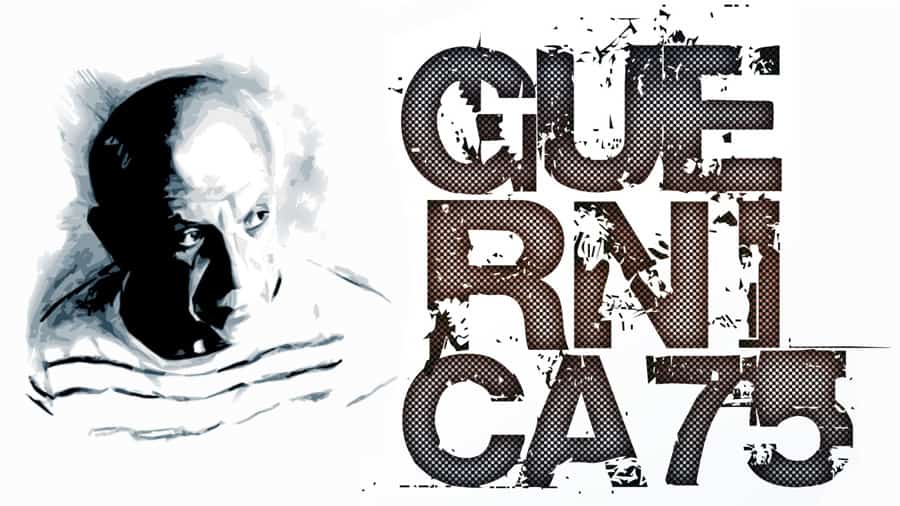 2012 is an important year for the history of Spanish art. It will be the 75th anniversary of the official presentation of the most universal and conceptualizing cubist work of the turbulent twentieth century.

Paris, in its universal exhibition (May 25 to November 25, 1937) and the world, witnessed the most subtle proposal for peace that an artist could make. Possibly the most universal Andalusian. Pablo Ruiz Picasso.

The bombing of tnd to the people of Guernica on a dark April 26, 1937 became in itself an antiwar icon of international repercussion.

It is said that in 1940 with the city of Paris occupied by the Nazis, a German officer, before a photo of the Guernica, asked Picasso if he was the one who had done that; the painter replied: “No, it was you”.

The culture and the memory of his origin accompanied him throughout all his work. The bulls, the light, the woman, the gastronomy and the extraordinary Guernica. A personal and always committed contribution so that history would not repeat itself.

Also from Malaga, composer and guitarist Daniel Casares, together with the poet José Miguel Molero, have the pleasure and honour of proposing to the world of culture and entertainment in general, a courageous project as full of commitment as the one that the master of Cubism could have in his day.

A pending tribute and turned into gratitude to the prolific Picasso. A musical interpretation of the painting loaded with the personality, conceptualization and essence of the flamenco guitar.

More than just a concert. An event

In order to explain this work, we use the theatrical lexicon, without forgetting that we are always talking about a concert that recovers the purest flamenco condition of Daniel Casares.

The show consists of four acts, including each of them, three paintings. We are therefore talking about twelve musical themes developed and choreographed from the beginning to the end.

The approximate duration of the show is ninety minutes.

The first painting of each act is based on Picasso’s biographical data, the next two being an explanation and a musical response to the different symbols in the painting. As the concert progresses, the public will be able to follow both, the flamenco interpretation of the canvas and the most representative aspects of the painter’s life.

Nothing and nobody like flamenco to give an answer to a feeling.

Guernica 75 is technically studied, made and produced so that each fragment of the stage can play its part, creating an invisible link between the artist, the stage and the audience.

A show in which music, poetry, contemporary dance and flamenco dance are combined.

The sound of the heels will be the same as the horses, the minotaur and the palms, will be fused with a sample of innovative scenography and theatrical dyes. The elegance of the lighting will be combined with the voice.

The stage setting is carefully detailed in each theme, because each theme is a symbol, each figure responds to a stick and the whole show and the entire event, is written in poetry and projected images that help the viewer to stand next to each sign of the painting. The flamenco guitar melts with the audience inviting them to reflect and demonstrate that painting and rhythm can be loved.

Find out more or adjust your settings.